Cyprus is definitely a properly chosen direction of travel for the lovers of archeology, history, hiking mountain trails, as well as for those fascinated by the phenomenal scenery and natural beauty. Tourist attractions in Cyprus that are worth seeing during the visit of the island are located in each region:

Limassol. The characteristic points, which are a must to visit: the great harbor and climatic Old Town, where you can admire saved Levantine stone buildings, placed tightly in the narrow streets. The city is famous for its fine wine and citrus processing.

Kolossi Castle. The name of this impressive building probably derives from Gerinus de Colos, former feudal lord of the manor. In 1210 these lands were transferred by King Hugh I of Lusignan dynasty to the brothers of the Order of St. John – Joannites.

Petra tou Romiou. This is a huge rock lying in the sea, also known as the Rock of Aphrodite or the Romans’ Rock. According to the Cypriot legend, it was here that emerged from the sea foam goddess of love, fertility and beauty – Aphrodite. 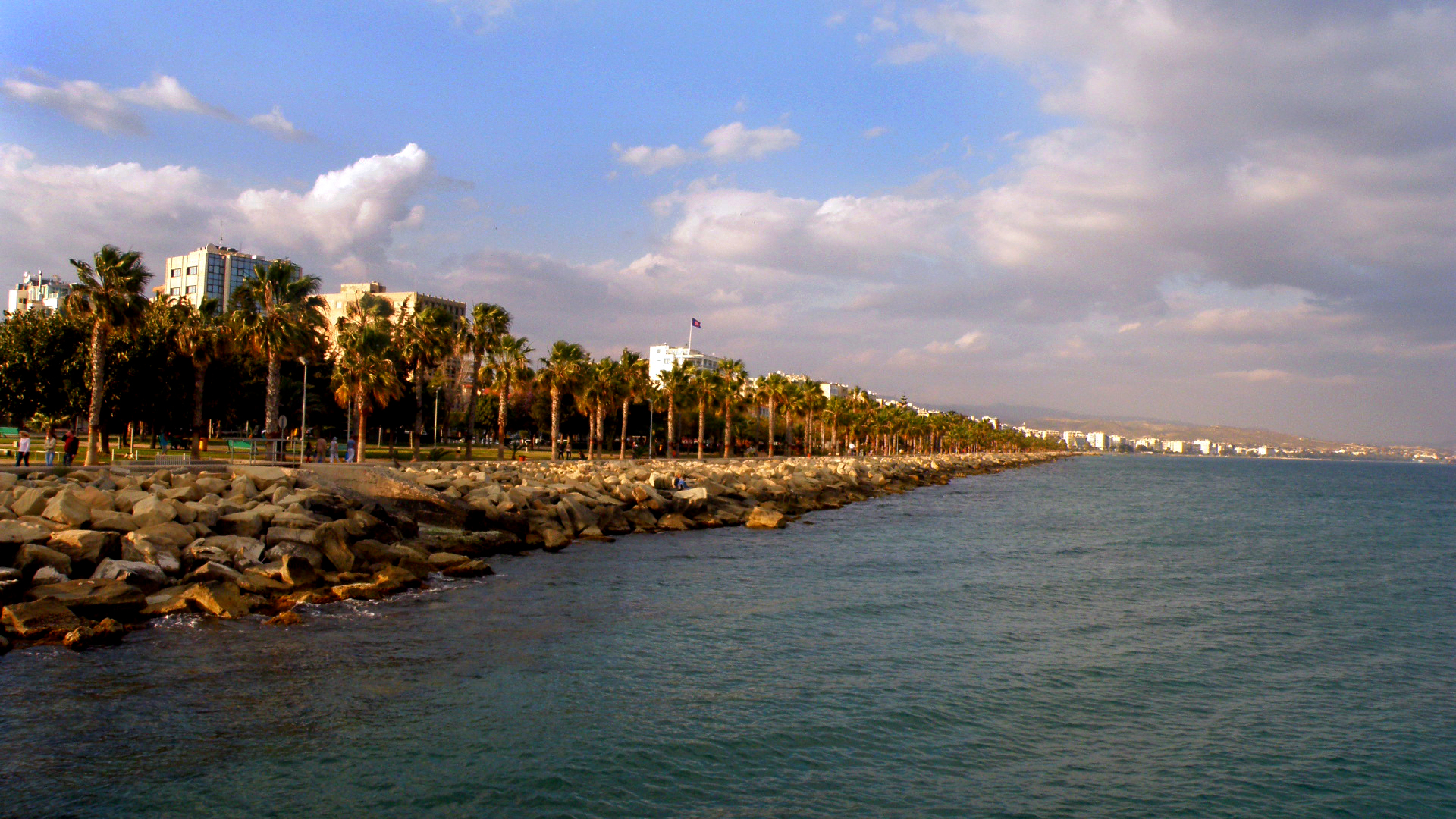 Palaipafos. Village is located in a place where centuries ago the city Palaipafos existed and was considered as one of the most important cities of the ancient kingdoms of Cyprus.
Ancient settlement with the adjacent lands belonged to the sanctuary of the Great Goddess worshiped on the island since the Neolithic period.


Agios Neofytos. Here lived a hermit, St. Neofytos, the famous Cypriot ascetic and writer. Holy Neofytos is regarded as one of the most important person of the Church of Cyprus. After he was ordained in 1170 as a priest by the Bishop of Paphos, he lived in the hermitage. 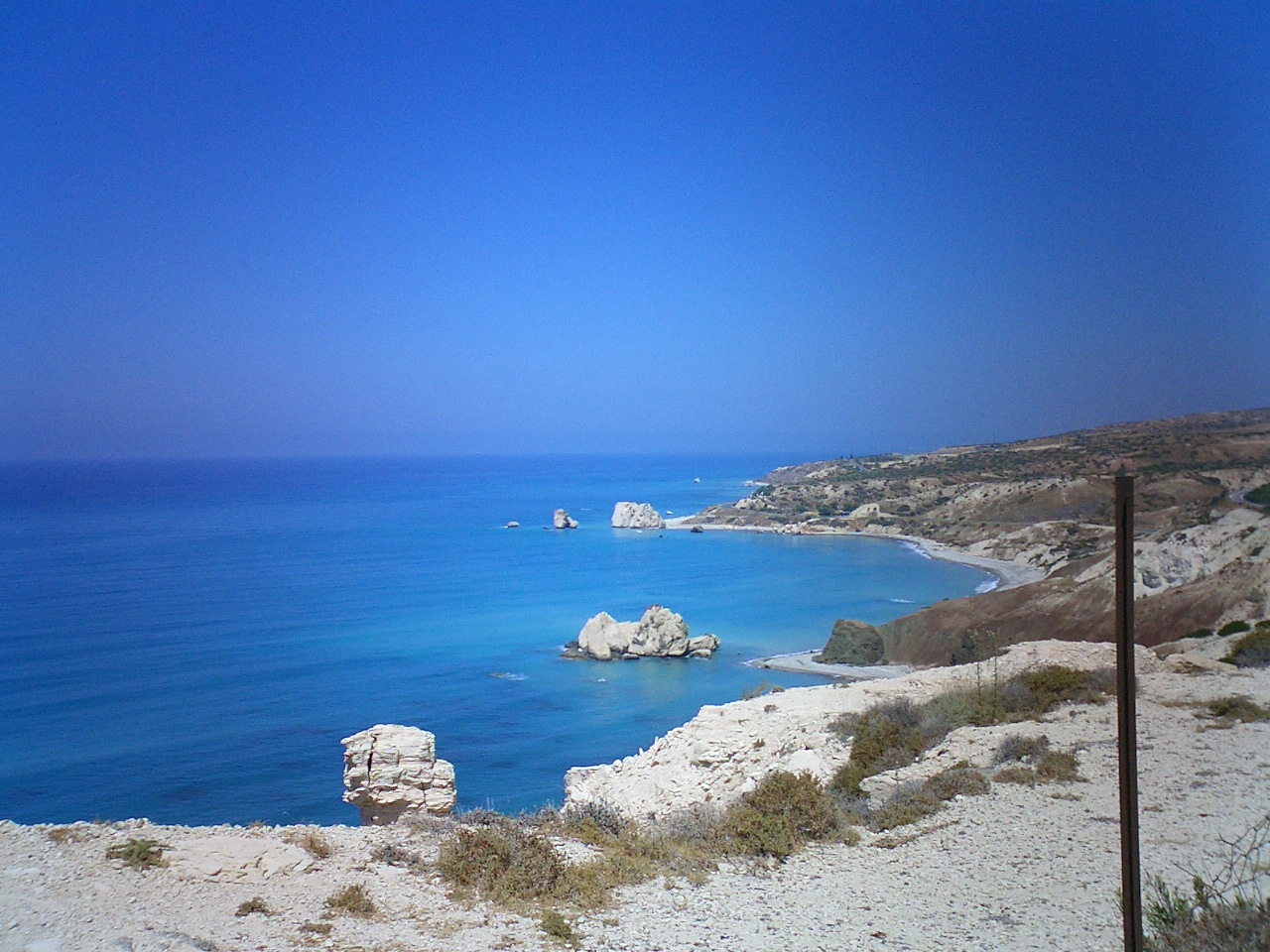 Olympos mountain. Troodos Mountains The mountain in Troodos range reaches up to 1952 m above sea level. In the beautiful weather we can enjoy the panorama of Turkey from Olympos mountain.

Trooditissa Monastery. This exquisite monastery was built in 1250. In this place surrounded by great reverence the icon of the Virgin Mary was kept, which was allegedly found in a cave in the ninth or tenth century.

Kykkos Monastery. It was founded in 1100 by the Byzantine Emperor Alexius I Comnenus. In the times of the Turkish slavery, which lasted centuries and later British rule of Alexios I Komnenos the monastery was the mainstay of the Cypriot Greeks – it served as a teacher of mother tongue and culture. 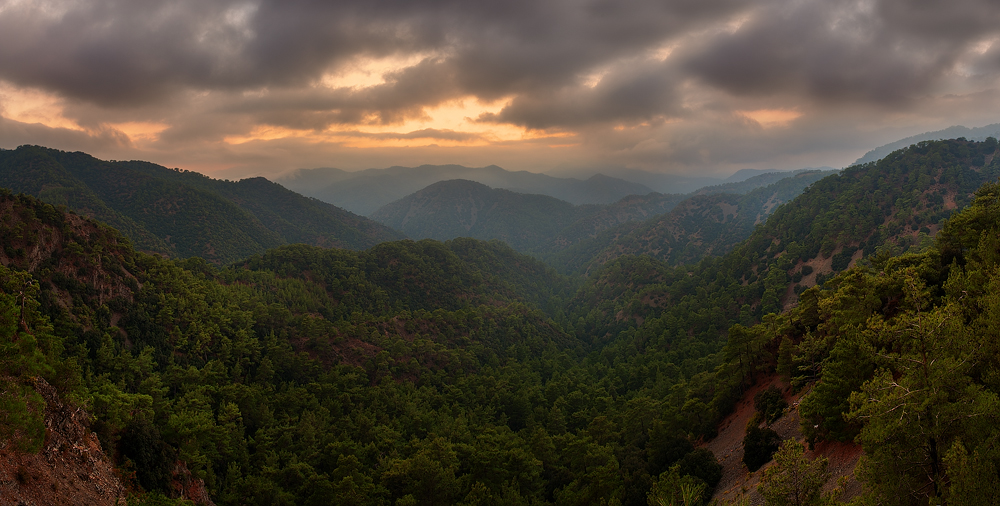 Cyprus Museum (Archaeological). Monuments collected in the museum come from the Neolithic period to the end of the Roman period. It was established in 1882. In the period of British rule on the request of both the Greek and the Turkish community.

Venetian Walls. The fortifications surrounding the island of Cyprus were built by the Venetians in order to protect themselves from Turkish attack. However, despite modern fortifications at that time – their construction was never completed. Nicosia was surrounded by walls “decorated” with 11 acute-angled bastions, whose names come from families finance their construction.

Byzantine Museum. The collection of this museum is primarily a rich assembly of icons from the nineteenth century. (approx. 230 pieces), partly derived from the devastated churches in Cyprus. These pictures were miraculously saved. 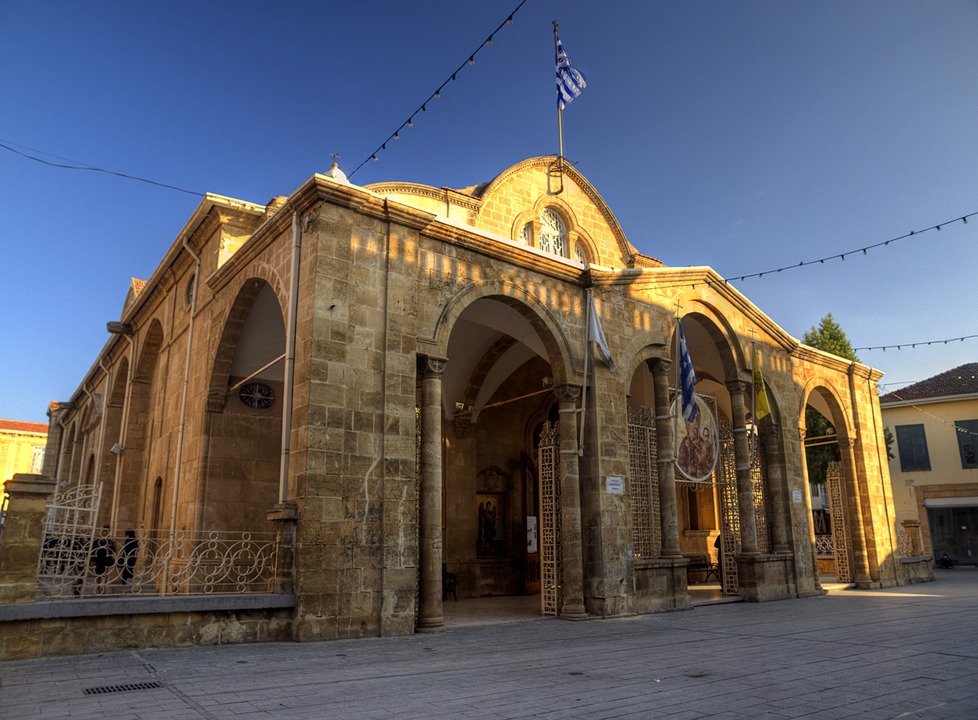 Selimiye Camii. The present mosque of Selim functioned in the past as the cathedral of coronation of Lusignans and the church of Venetian governors. It was the temple dedicated to the Wisdom of God, referring to the temple in the imperial Constantinople.

Bedestan. This building is regarded as one of the finest historical treasure and is located in the old Nicosia. In the twelfth century it was a Byzantine church and was built on the ruins of an early Christian basilica from the sixth century.

Ataturk Square. The square can be seen in the center of Nicosia. In the past, there was the residence of the governor of the island of Cyprus, commonly called the palace. 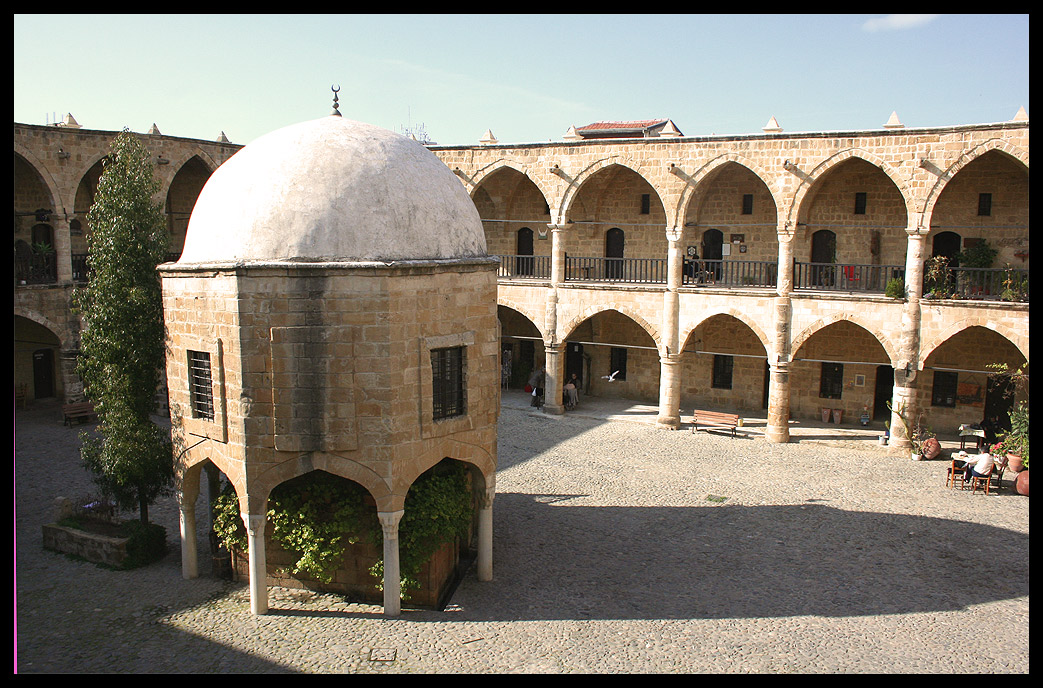 Kyrenia. The city is perfectly inserted into the picturesque landscape between the Mediterranean Sea and the steep mountainous strip that separates them from the interior of the island. There is an old charming harbor which is surrounded by massive Venetian fortifications and have defensive functions from centuries.

Lampousa. This ancient city was probably founded by Laconian colonists who were returning from the Trojan War (XIII century BC). However, local excavations indicate that the settlement was founded earlier – approx. 3 thousand. years BC. Another version, in turn, states that those responsible for the establishment of the city were the Phoenicians (VIII century BC).


Saint Hilarion Castle. This fortress was supposedly the inspiration for Walt Disney, who modeled himself on it to create a castle in the tale of Snow White. Hilarion Castle, the most perfectly viewed from the south, because then climbing walls at high altitude are very impressive. 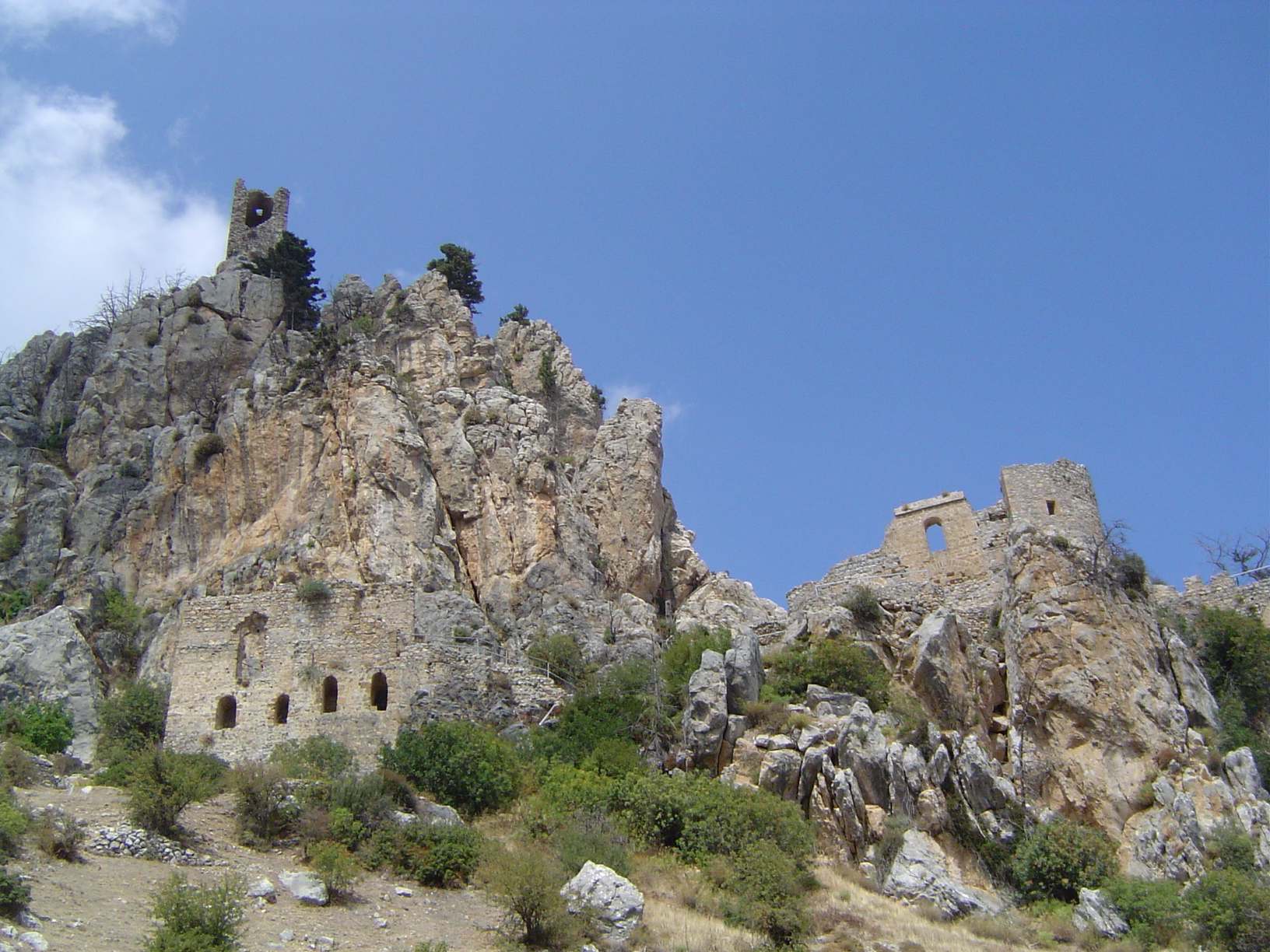 Famagusta. The city can be compared to a mosaic combining various elements of the past with the modern. We can find here many Gothic churches, which may give the impression that suddenly we were in France. Here we find the Venetian fortifications and a quaint fishing port with many cute boats.

Salamina. This ancient city in the past acted as the main urban center in Cyprus. At present Salamina is located in the Turkish part of Cyprus. Salamina is a port city, attractive to tourists because of the numerous monuments such as the ancient theater. 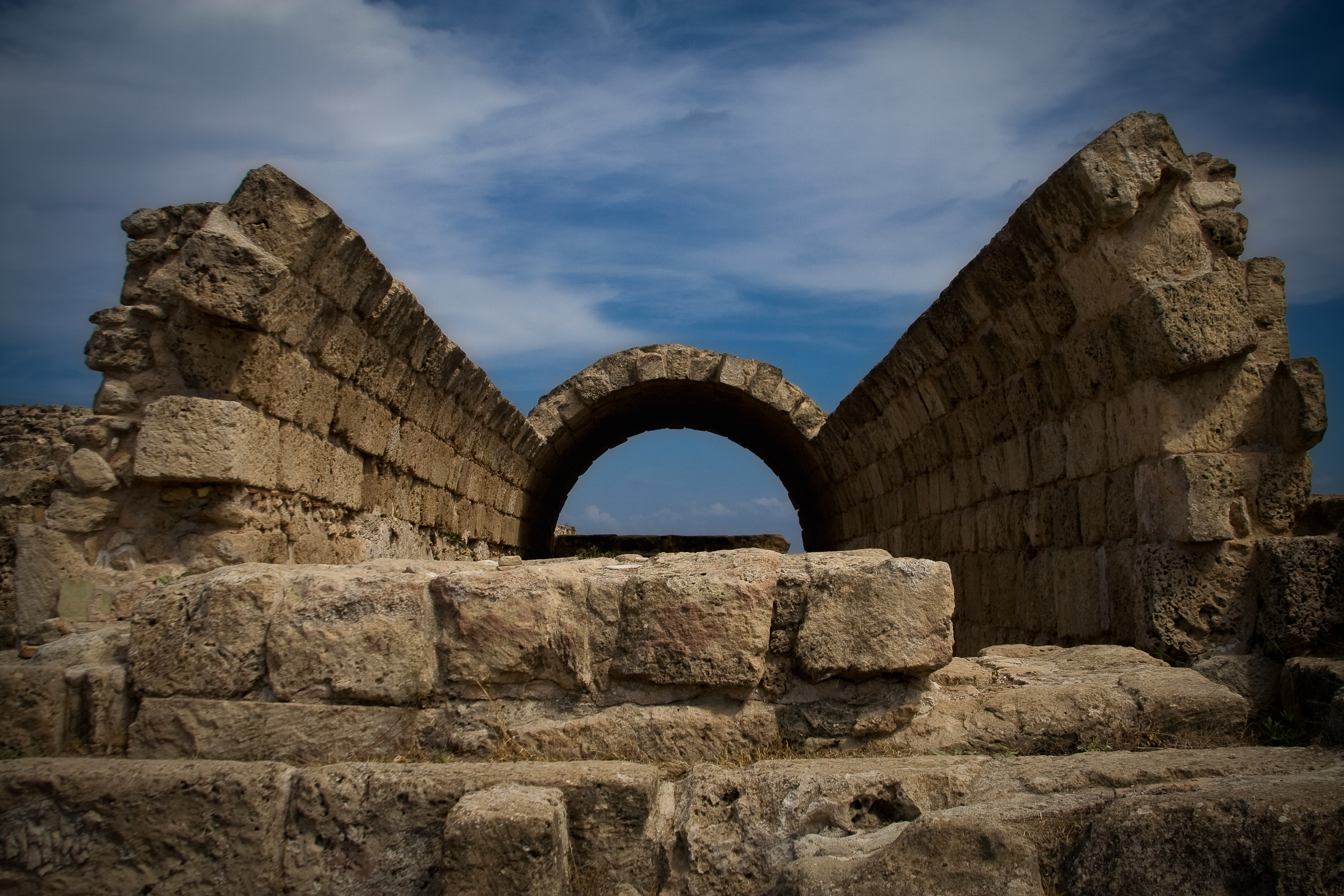 Kantara Castle. This castle is one of the strongholds, set inside a chain of fortifications that defended the Cypriot coast in the past. The building was erected at a height of approx. 630 m and therefore it is believed that it is the highest and farthest to the east of the defensive point of Cyprus 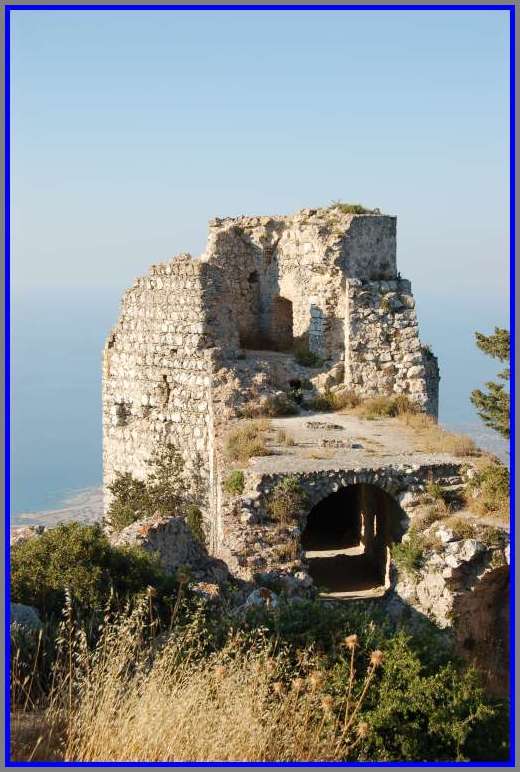