Larnaca (formerly Citium) – is the third largest city located on the southeast coast of Cyprus. Located near the international airport, where tourists arrive from all over the world to enjoy walking along the seaside promenade known as Phinikoudes, delicate and moist air and also aromas of the nearby restaurants and taverns.
Also Phinikoudes Beach, which is marked with the Blue Flag is one of the places where most of sunbathers rest. Boat enthusiasts will go in the direction of the port, which is located close to the promenade.

One of the first sights that impresses is the Salt Lake functioning as a home for approx. 80 species of birds. The lake is a haven especially for the colony of flamingos, where they chose this place for overwintering and feed on saltwater shrimps. This place also attracts other migratory birds.
According to the legend salinity of the lake is due St. Lazarus, who punished in this way a woman refusing to give him something to eat and drink, saying, “To your withered vines and the lake was always salty.” But scientists explain this phenomenon in a different way: the water penetrating from the sea to the lake through a porous rock changes the taste of the water on a very salty.

Right behind Salt Lake, a picturesque, surrounded by palm trees Hala Sultan Takke mosque is situated. The Muslim temple was built in honor of the aunt of the Prophet Muhammad, and it is now a popular place of pilgrimage of Muslims. The minaret of the mosque is decorated around with the grove of tall palms and cypresses. 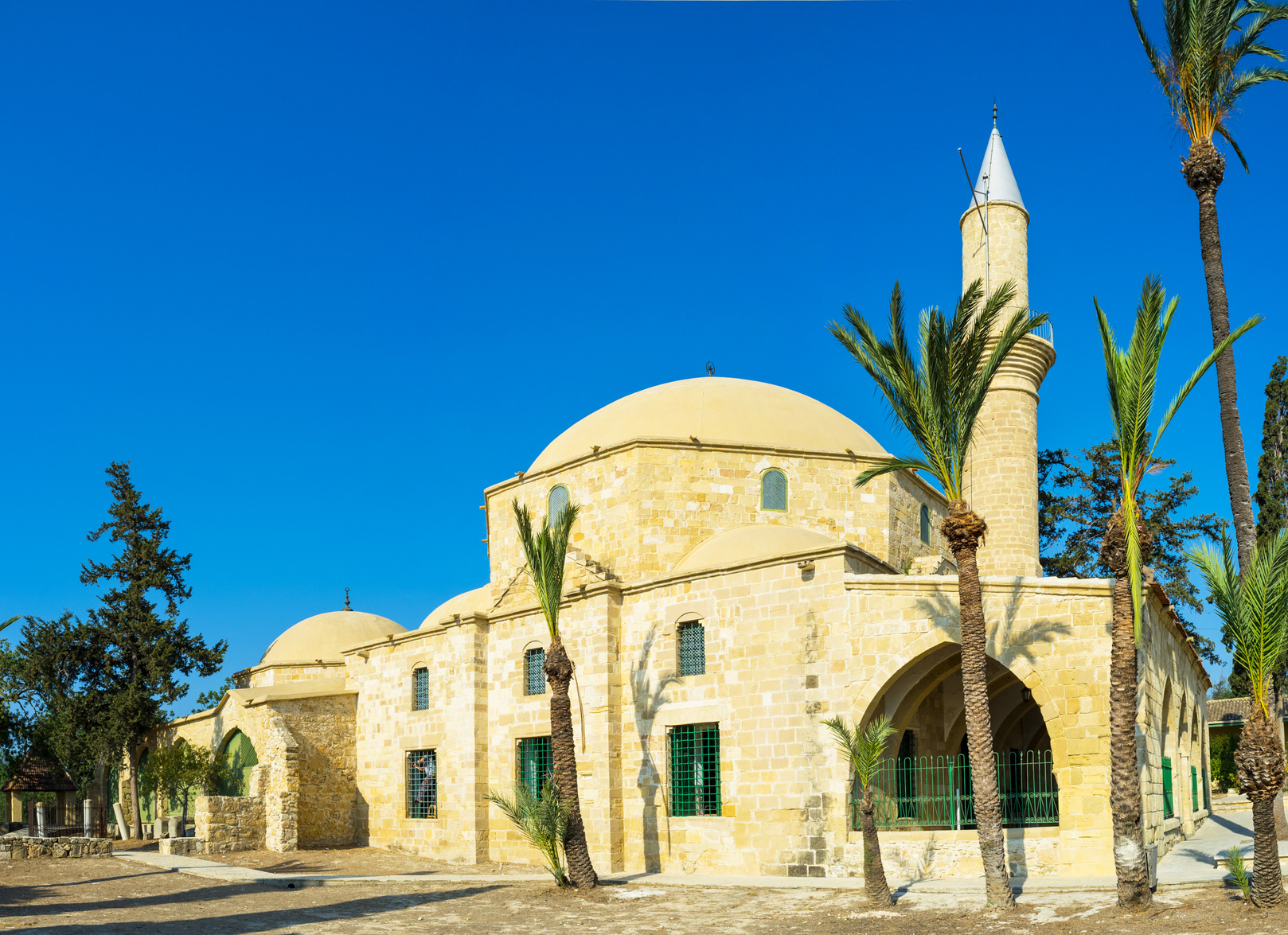 In the heart of the modern city of Larnaca, you can admire the remains of the ancient kingdom of Kition, the existence of which initiated the Greeks in the thirteenth century BC. It is here where 5 temples were discovered from the twelfth century BC and defending the walls of the settlement, which were built by using huge blocks of rock. Not without reason Kition name may sound familiar to some people, because here was born philosopher Zeno of Citium, who was the founder of the School of the Stoics. Lazarus is also associated with this place, because he came here after the resurrection to serve God as a bishop. Therefore, the church, which was built here in the ninth century, is dedicated to Saint Lazarus (Agios Lazaros).

The museum is located next to the church of the same name and we can admire inside an impressive collection of icons, artworks and relics.

Reaching out to the western end of the promenade we come across a Turkish fortress from 1625. In the early years of British rule, it functioned as a prison, and now a small museum is located here with finds from Citium and Hala Sultan Tekke.

The mosque is located near the fortress and considered the oldest Muslim shrine in Cyprus. However, the foundations of the mosque from the thirteenth and fourteenth centuries belong to the Catholic church dedicated to St. Catherine.
According to Bekir Pasha’s order in 1747 the mosque was erected in this place.
Turkish governor also put up Kamares Aqueduct. That great arch structure, which was built in the eighteenth century, we can admire on the main road leading to the center of Larnaca. Before the aqueduct was replaced by modern waterworks, until 1939 it had been the main source of water supply to Larnaca.

Both museums are interesting for visitors because of a rich collection of antiques.

The building was built on a rock cave in the eighth century BC.

The monastery is considered to be one of the oldest and richest in the area of Larnaca. Its name can be translated as the Cross Mountain and its ascent on the top of the mountain we owe to holy Helena. Such positioning of the monastery enables us to enjoy marvellous views in all directions. Unfortunately, the monastic rules forbid women to go inside the monastery today. 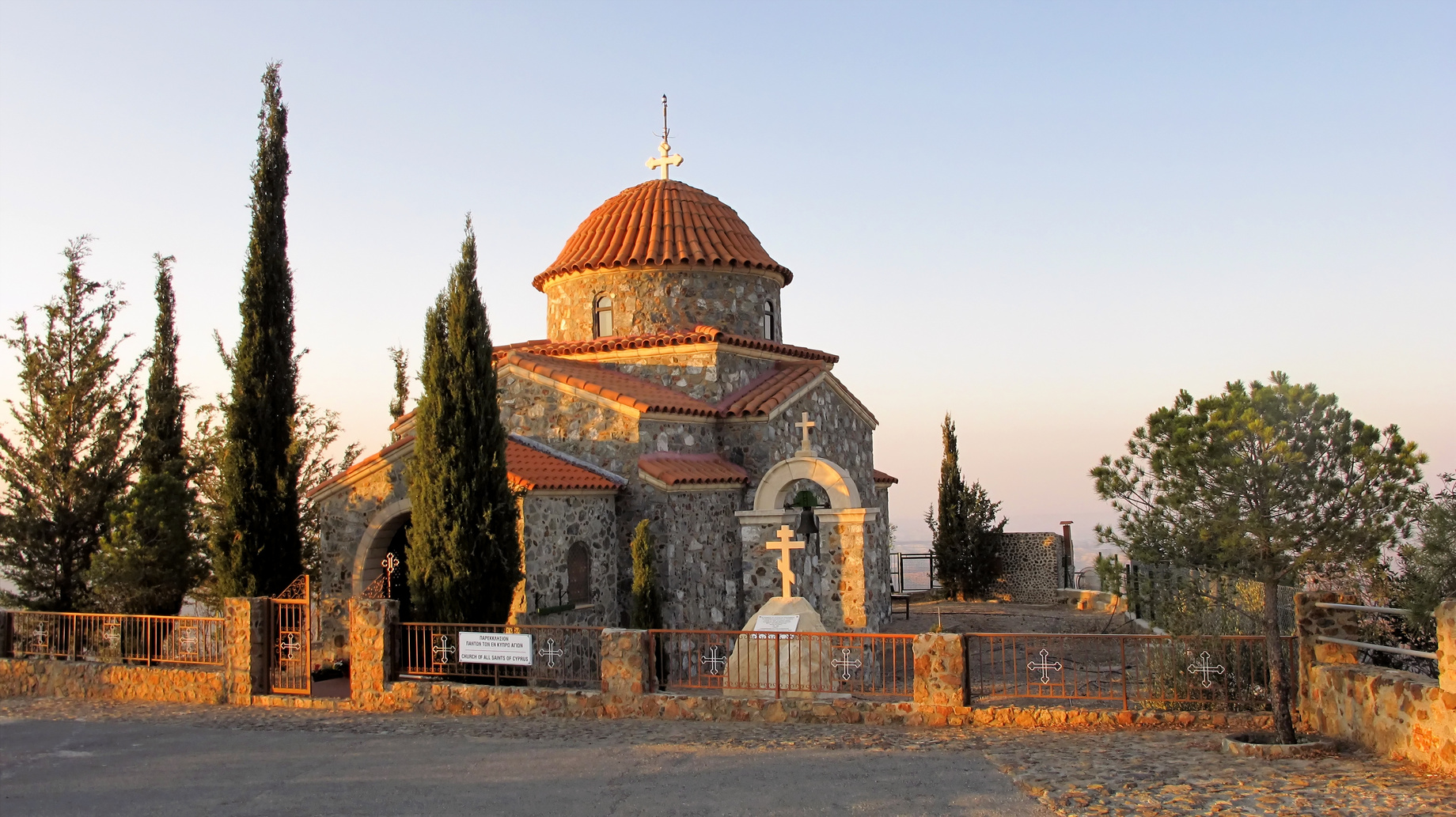 The church is located at a small distance from Larnaca and we can admire inside the one of the best preserved in Cyprus – Byzantine mosaic, which represents the Virgin Mary from the sixth century.

The village – Lefkara is famous because of lace tradition, which even has its own name – “Lefkaritika”. Leonardo da Vinci was one of the people who was fascinated with the hand woven clothing creations.

This ancient town is situated 32 km in the south direction from Larnaca. This lace dazzles with its beauty and it is here where the oldest Neolithic settlement was discovered in Cyprus. For these reasons Choirokoitia is a UNESCO World Heritage Site.