Famagusta is the city located in the eastern Turkish part of Cyprus. Its special charm is the result of the combination of the old, historic city with modern architecture, skyscrapers and hotels makes it a major tourist destination. Noteworthy is the old town surrounded by massive Venetian defensive walls, erected in the sixteenth century and with the length of 3.5 kilometers, that were designed for a defense against the Turks. The city walls, with the height of 18 m, are strengthened with 15 bastions and have 5 gates leading to the interior. Their facades are still adorned with bas-reliefs of Venetian lions, while the moats between the walls were once filled with sea water. However, despite such a significant investment for the defense of the city, it did not save its from conquering by the Ottomans in 1571r.
The fortifications, which were preserved in almost perfect condition as well as some hidden stairs enable a kilometer walking tour along the walls and climbing on the bastions. 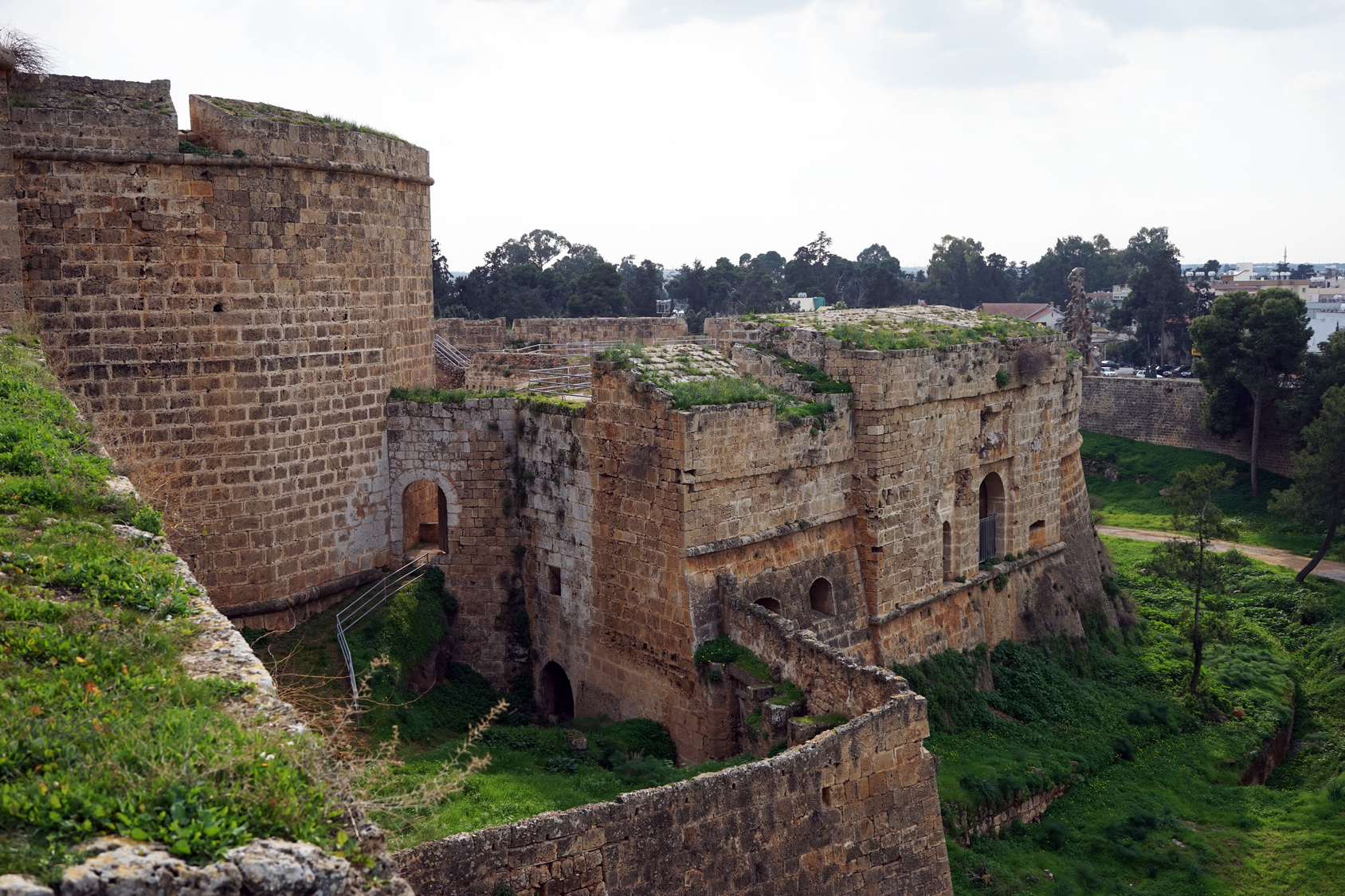 Also worth visiting in Famagusta are the ruins of the Franciscan monastery and other churches. In the same way an interesting can be the remains of villas or palaces of wealthy merchants and aristocrats.
Famagusta is the city in which Christian heritage and Muslim present weave together. This process is visible in St. Nicholas’ Cathedral which is considered a masterpiece of Gothic architecture. The building dating the thirteenth century resambles the cathedral in Reims. The temple is located in the city center and has retained almost an original form. Famagusta was once the nearest town on the way to the Holy Land, and it was in this cathedral where the rulers of Cyprus (since 1298) also crowned themselves as nominal kings of Jerusalem.
After the arrival of the Ottomans in 1571, temple statues was removed from the church and the minaret was added, the interior was carpeted and the whole building transformed according to Islamic rules. Thus Lala Mustafa Pasha Mosque arouse – symbolizing the coexistence of two world religions. In the front of the cathedral we can admire a natural monument – 700 years fig tree. 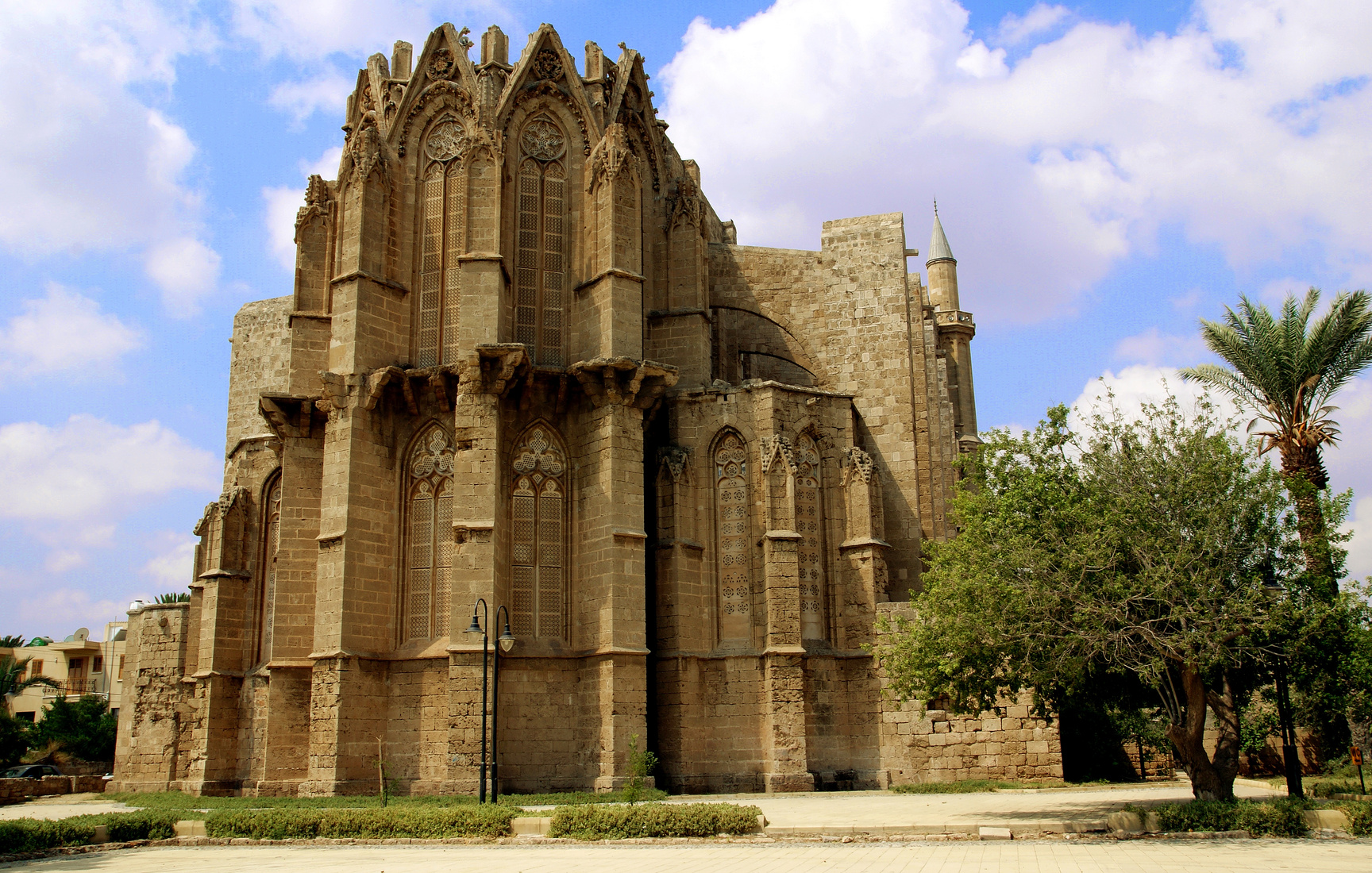