Nicosia is the current capital of Cyprus, located in the heart of the island and divided by the UN “green line” into two parts – the Turkish (northern) and Greek (southern). Visitors have a big pleasure from walking around a lovable, narrow streets of the old town and they can admire beautiful buildings and pedestrian streets full of climatic tavernas, cafes and shops.
On Turkish (north) side – more oriental character of the city attracts attention and undoubtedly lower prices than in the case of the Greek part of Nicosia (south). Discovering a bit neglected, but still wonderful old town you will come across numerous landmarked buildings and XVI century Venetian walls surrounding the city. Also we stumble across baths, old inns, and a tavern. In the Turkish neighborhoods of course we will find colored, vibrant and scented with aromatic spices – markets.

The main historical treasures of the Turkish (northern) part of Nicosia include:

The temple comes from the seventeenth century, in which the Prophet’s wisp is located. 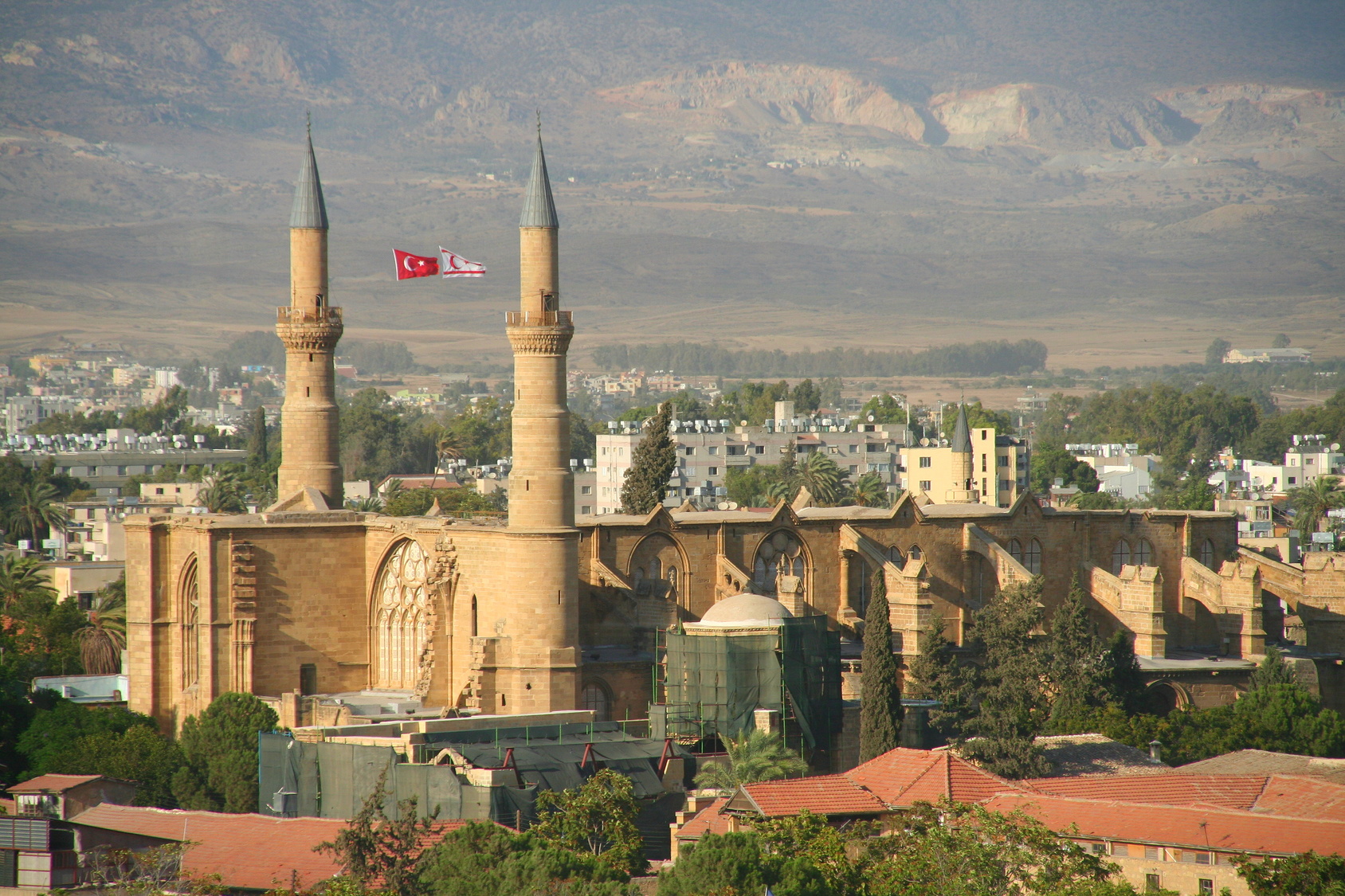 This holy place for Muslims was built in the thirteenth century and initially functioned as the Gothic St. Sophia Cathedral (Hagia Sophia). However, in 1571 the church has undergone a transformation and has been converted into a mosque by the Ottomans.

In the library an impressive collection of Islamic manuscripts is stored.

In the square, we can admire moved from Salamis – Venetian column.

The building was put up in 1572 shortly after the conquest of Cyprus by the Turks. Initially, it had the look of a typical caravanserai with stables and a beautiful, small mosque in the middle of the courtyard. In 1893 the building underwent degradation and functioned as the main prison in Nicosia. Department of Antiquities, fortunately, took care of this historical treasure and made its renovation. At present in the building – cafes and shops are placed. Allegedly caravanserai is regarded as the oldest Turkish building on the island. 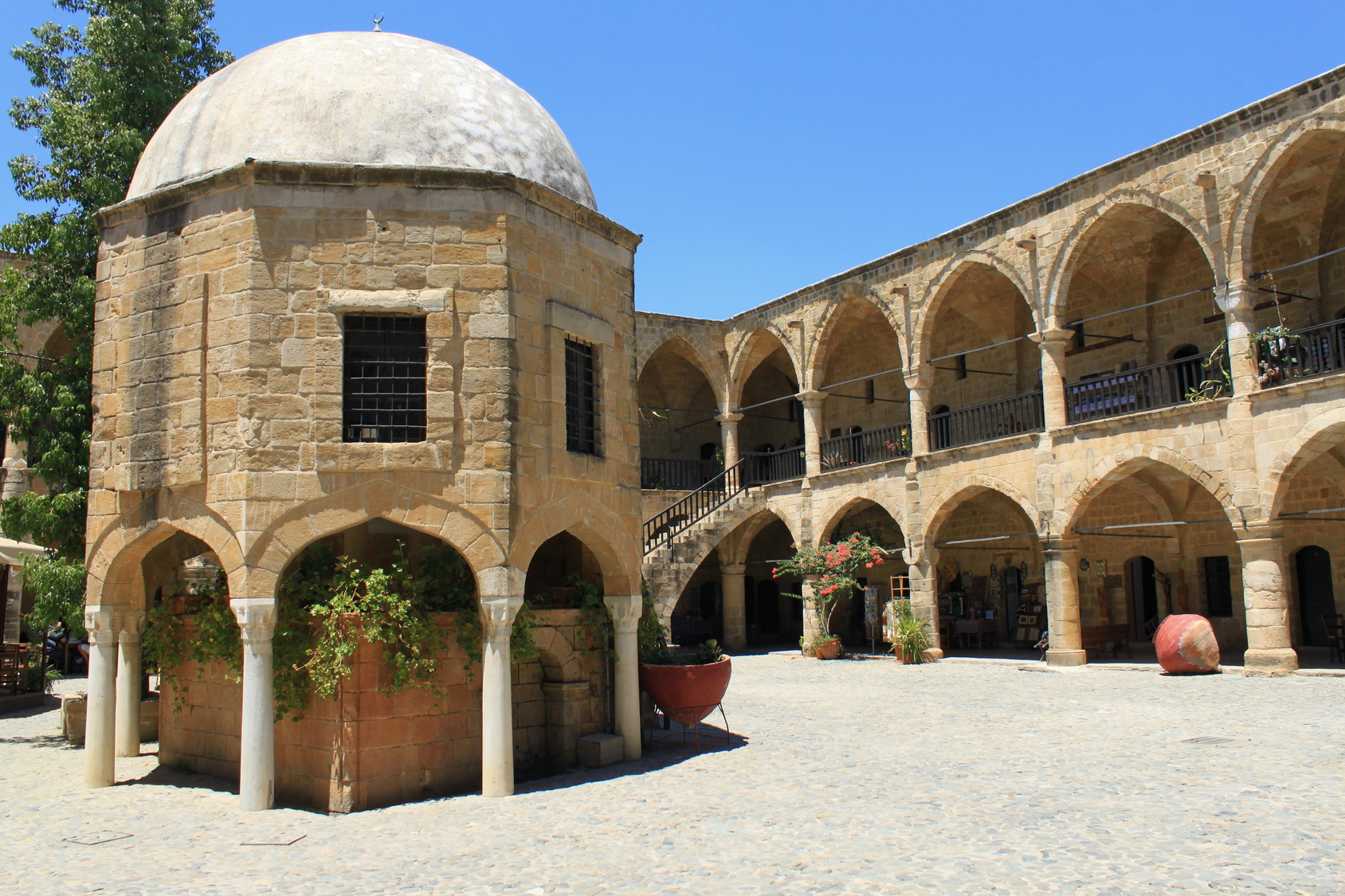 The museum is located in the monastery which comes from the seventeenth century and is inhabited by Dancing Dervishes.

The most important landmarked buildings of the South (Greek) Nicosia are:

The founder of the church was Archbishop Nikiforos, who built it in 1662 in a place where previously Benedictine monastery was located. The temple is dedicated to John the Evangelist. The cathedral functioned as a convent to the eighteenth century, but thanks to archbishop Sylvester, it was elevated to the rank of cathedral and at the same time the seat of the Archbishop of Cyprus. In St. John’s Cathedral we can admire preserved to this day (which is rare when it comes to churches) a complete set of pictures.

It is worth to visit the museum because of the Byzantine art collections, which are considered the richest and most representative of all over Cyprus. Among the interesting exhibits we can find here icons from the ninth to the nineteenth centuries, lithurgical vessels, vestments and books. While the mosaic of the church of Panagia Kanakaria in Lythragkomi that come from the sixth century, were selected on the decoration of the exhibition.

This gate is one of the three salvaged city gates that functions as the Venetian ramparts of the old city. Previously known as the Eastern Gate or Porta Giuliana and finally “baptized” as Famagusta Gate. After the restoration it works today as a cultural center.

The old and new Archbishop’s palace

The old palace, on which ground floor currently is the Ethnographic Museum, was built in 1730. And the new archbishop’s palace, which has the character of Byzantine arachitecture, is located next to the old palace and was built in 1960. This place is considered to be the seat of Orthodox church in Cyprus. 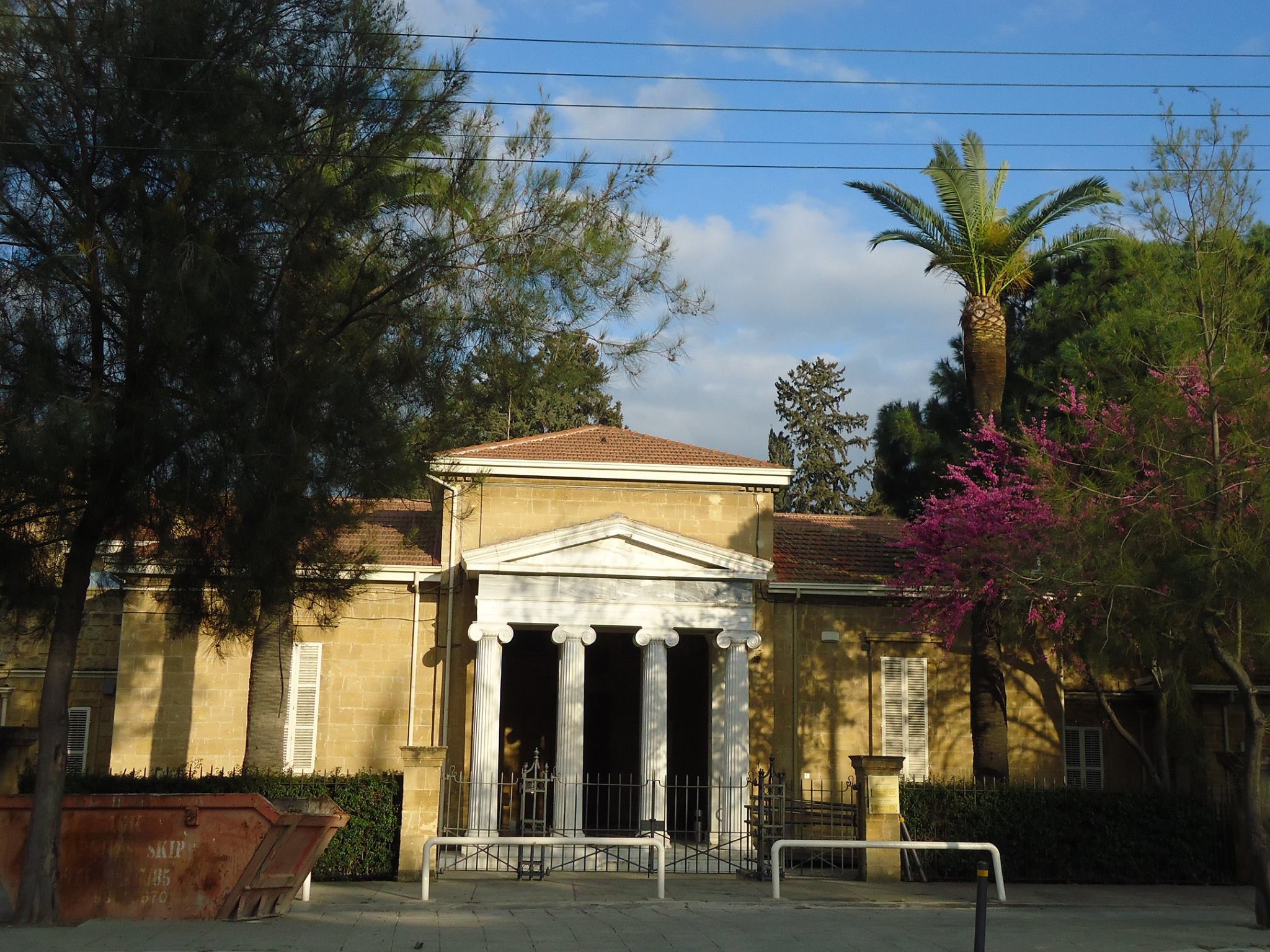 This museum plays the most significant role in Cyprus, inter alia, due to its size. The building was put up at the time when the island was still a British colony in the years 1908-1924. At the exhibitions we can trace the cultural development of Cyprus, from the early period of the Stone Age and ending with the early-Byzantine era. We can admire the unique exhibits in the form of statues in the shape of a cross from the chalcolithic period or ceramic dishes derived from the Early Bronze Age of Vounous. Other interesting items are: gold jewelry from Egkomi – discovered in the Late Bronze Age and the statue of Aphrodite of Soloi derived from the first century BC.

This religious building was built in a cottage style in the nineteenth century and attracts worshipers of different nationalities. 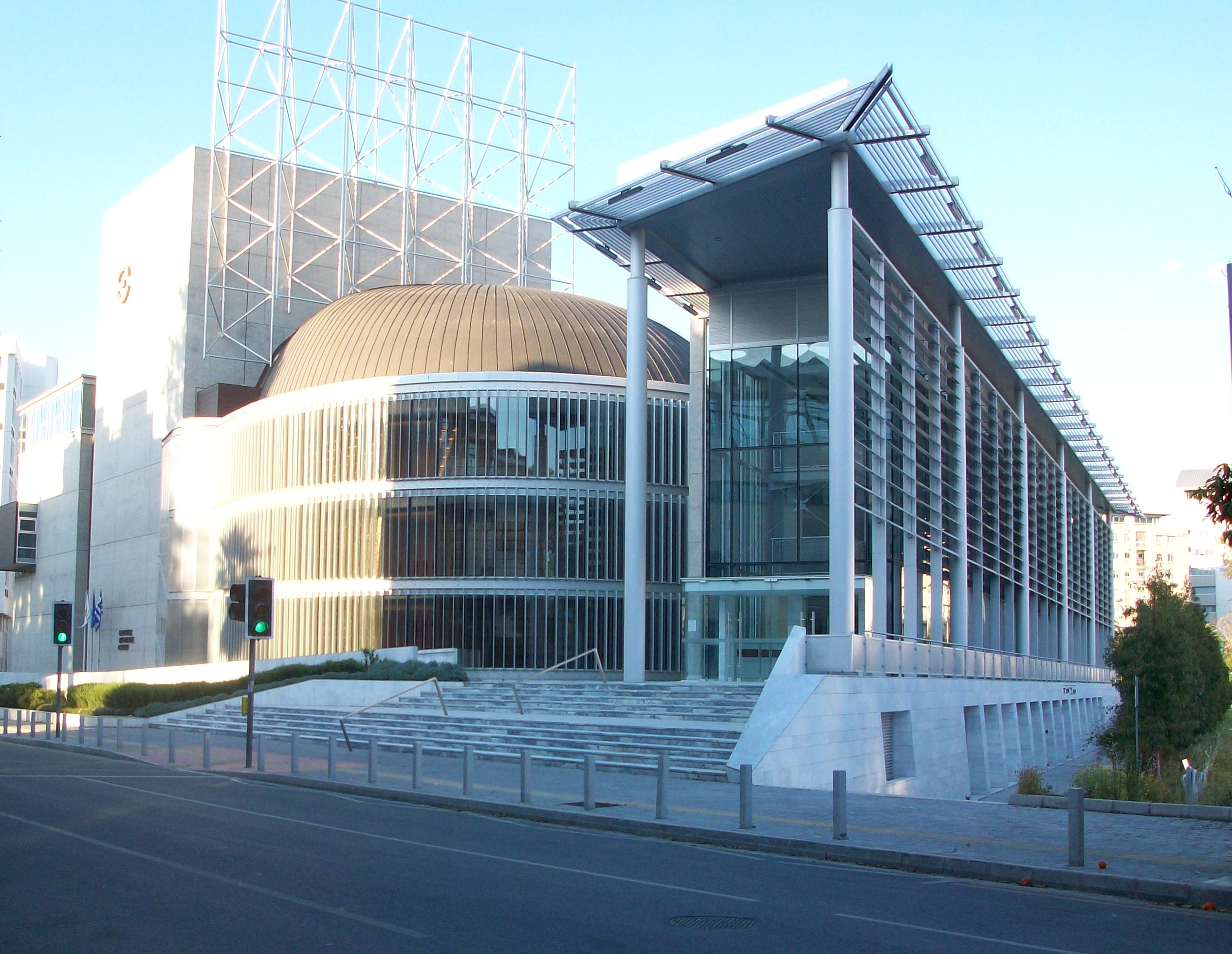 This impressive building is located close to the center, near the Anglican Cathedral of St. Paul. The design of the theater was completed in early 2012 and is equipped with an auditorium for 600 people as well as the Studio Theatre for 200 spectators.

The vantage point at Ledras Street

We can marvel at a beautiful panorama of Nicosia from the 11 floor of the Shakolas Tower. 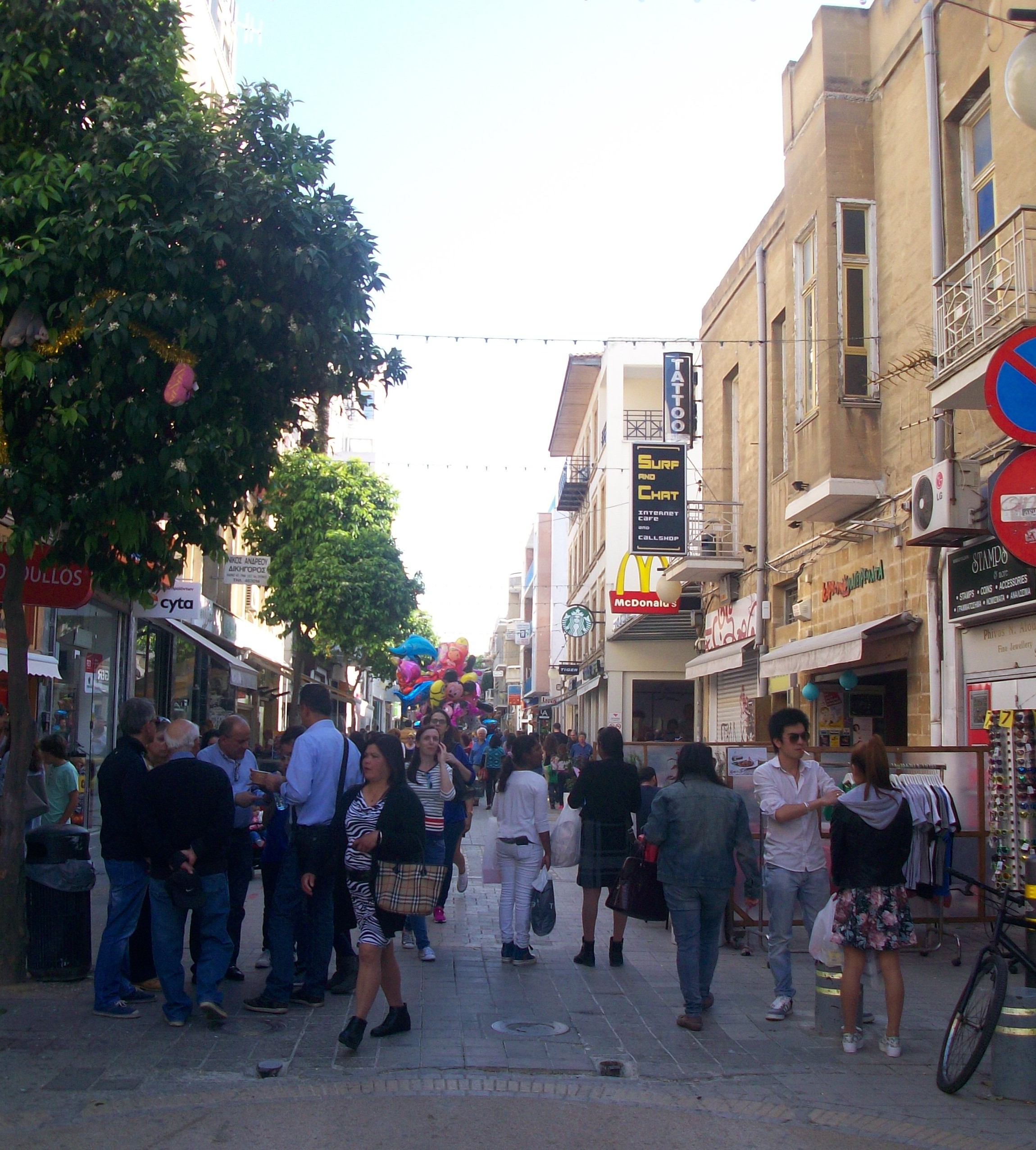 We can go around entire Nicosia on foot in order to admire attractive historical treasures and sacred places.