Sightseeing of the island could preferably be started from the west, where the city of Paphos in ancient times for 600 years was the capital of Cyprus. This fact contributed to that the archaeological heritage of the city is undoubtedly impressive and deserved to be placed on the UNESCO World Heritage List. The intricate floor mosaics, which delight the tourists, come from the Roman period and are considered some of the finest in the entire basin of eastern Mediterranean see. The discovery of those mosaics we owe Polish archaeologists. The first excavations in Cyprus Poles began as early as in 1965. We should also pay attention to impressive Toms of the Kings carved into the hard rock, which are decorated with Doric columns. You also can not overlook St.Paul’s Pillar, where as the legend says, the Apostle was flogged here before he converted the Roman proconsul Sergius Paulus to Christianity. Thanks to him, Cyprus became the first country in the world ruled by a Christian. 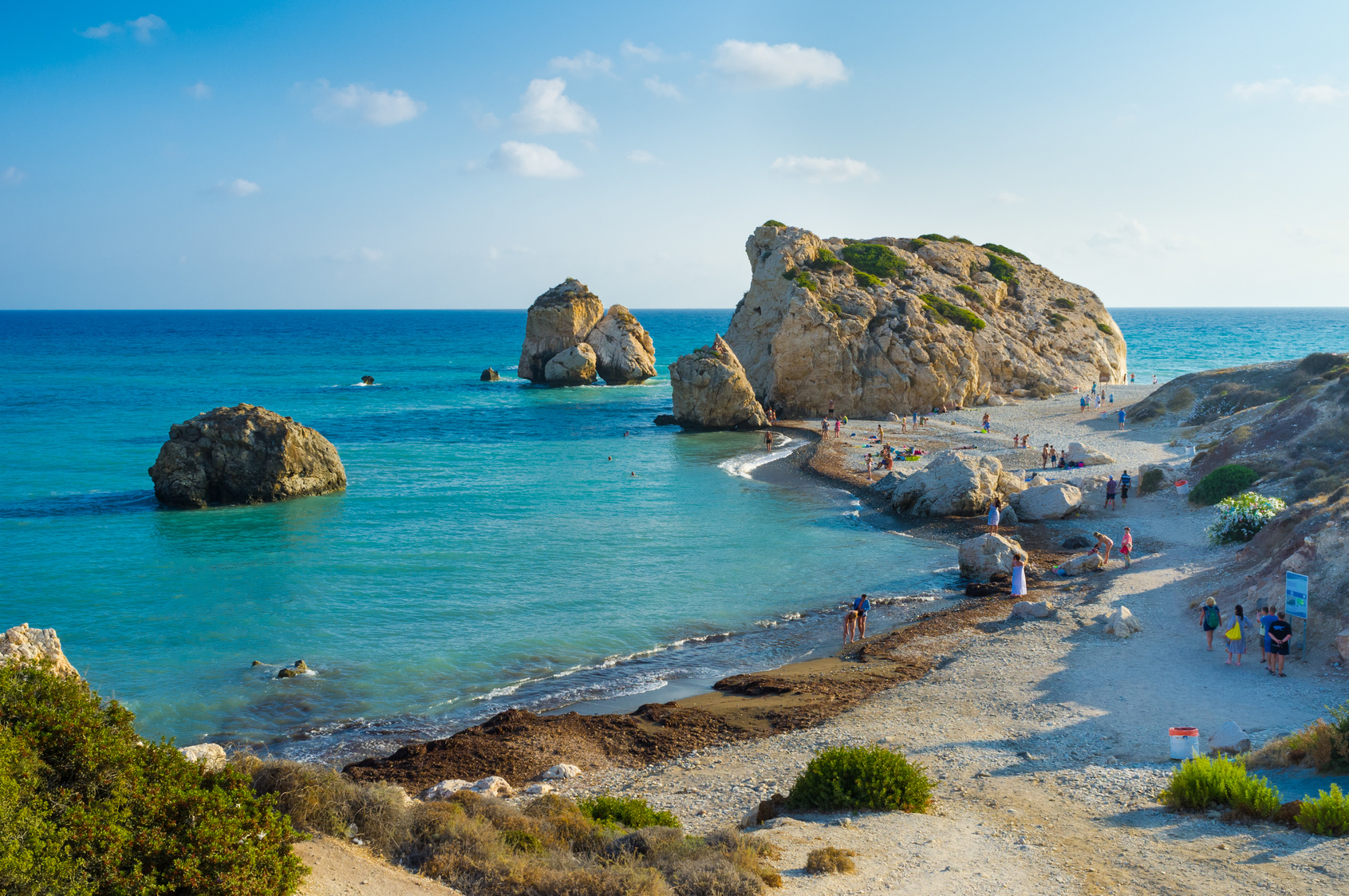 The city can be divided into two main parts: Kato Paphos and Paphos Ktima.

Kato Paphos is a picturesque district which lies on the seaside and attracts tourists not without reason. There is a majority of the hotels and ancient historical treasures.
On the other hand Ktima Paphos is a distance of approx. 3,2 km from the port and is situated on a hill. Most of the monuments, which number is impressive, are located in the heart of Kato Paphos:

The fort was built by the Lusignans and comes from the thirteenth century. Afterwards the Venetians fortified this characteristic building of Paphos. Also it functioned temporarily as the salt storage after the expansion by the Turks after 1571. From the castle we can admire the beautiful view of Paphos.

The name of the church comes from one of the first women (αγια = holy), who, according to the legend, abandoned paganism to Christianity. Catacomb construction of this temple has an open courtyard and several rooms carved into the rocks. This cave was used by the holy woman to escape from Roman persecutors. The entrance to the cave was bricked by oppressors, because they thought that the victim is dead. How great was the surprise when after opening the cave after about 200 years it turned out that the woman was still alive. The place was a few hundred years ago changed into a church and one of the rooms we can find a small fountain and in other – remnants of religious wall paintings. There is a tree that has magical healing powers near the temple (for this purpose, we have to hang something is ours on one of the branches of the tree). 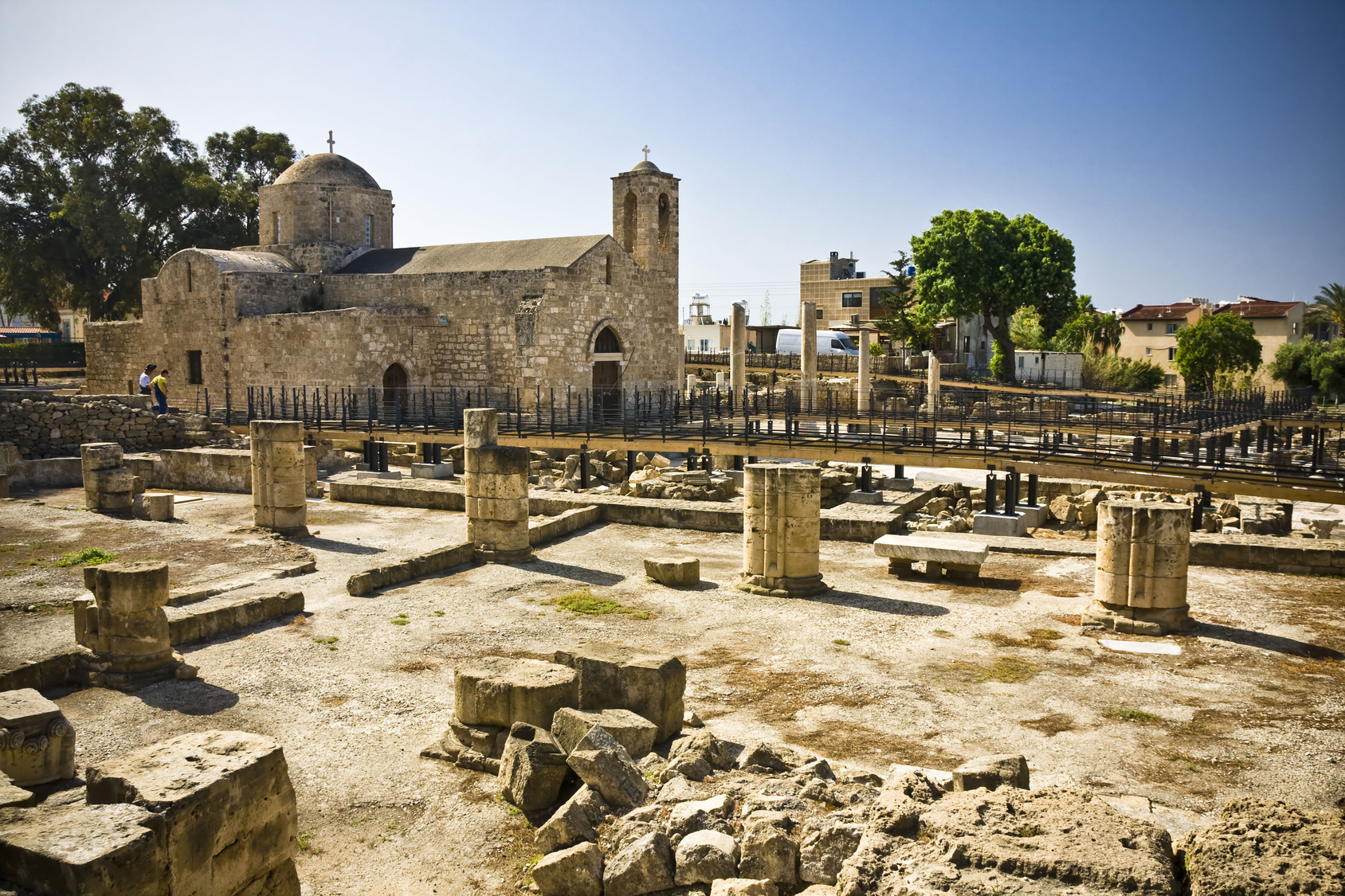 Tombs of the Kings

The necropolis, in which burials were made from the third century BC to the third century, A.D. was located at a distance of approx. mile from the contemporary city walls. Noteworthy is the expansion of individual catacombs that remind homes with open spaces. These chambers lead to the atrium which is surrounded by columns. Here you can note the similarity to the graves, which were discovered in Alexandria. It is not accidental this comparison, because it refers to the close relationship of these cities in the Hellenistic period. The name “Tombs of the Kings” introduces a bit of confusion as it relates to the size and grandeur of these buildings and not to the actual burial of kings here. In fact, the aristocracy was buried here.

The name of the building has been translated as “forty columns” and refers to some elements of the ancient agora which was found in this place. The castle is located on the north side of the harbor of Paphos. The building comes from the seventh century, and most likely would protect the city in case of invasion of the Arabs. The castle defense function can provide a solid wall thickness of 3 meters, eight towers and the moat surrounding it. Unfortunately, the castle was was partly destroyed by the earthquake in 1222 or 1223. 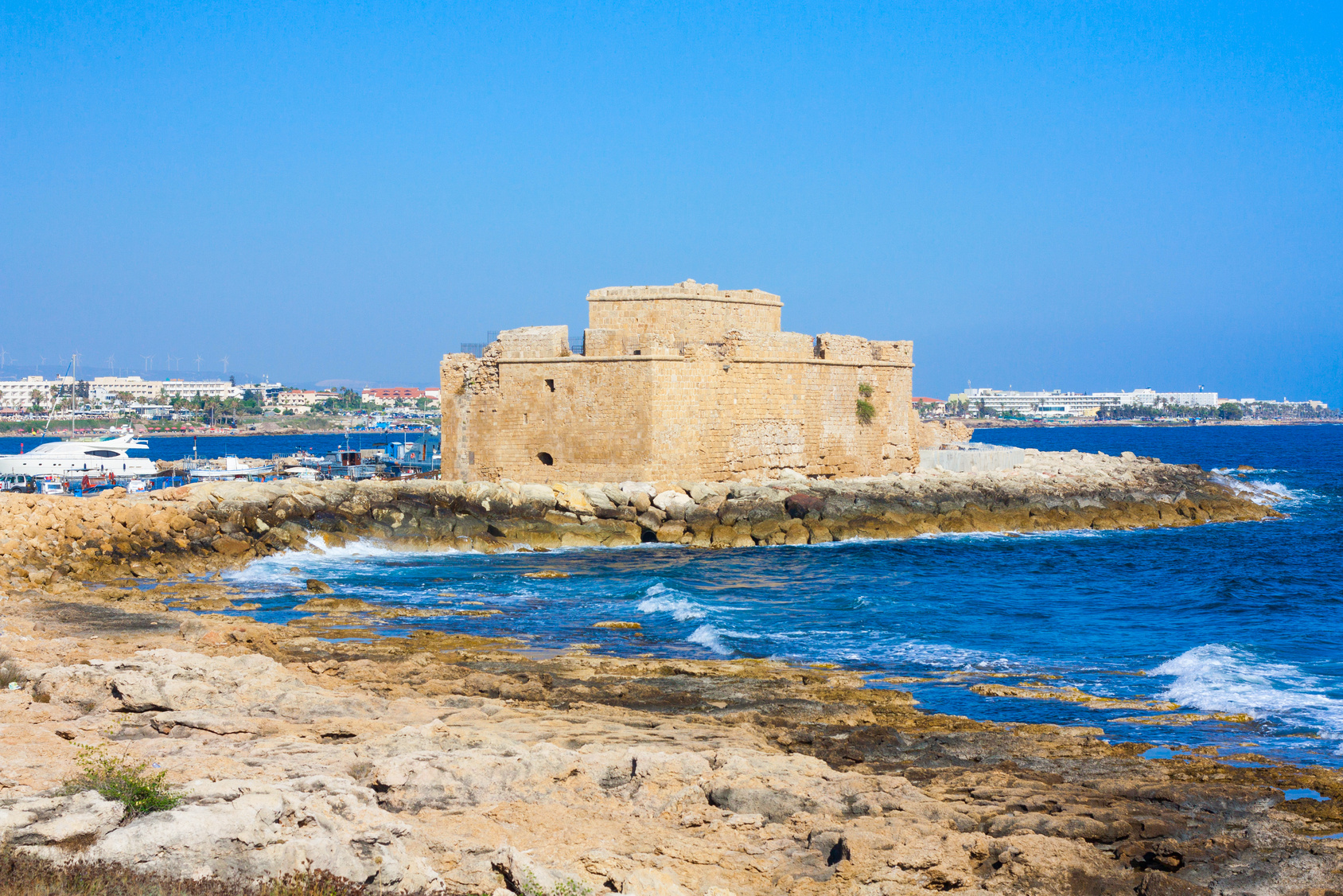 The name of the monastery, which is located on the background of the fairy-tale landscape of Paphos city, can be translated as: “Holy Mary Golden Apple Pomegranate’s.” The building comes from the twelfth century and was founded by the monk – Ignatios. According to the legend – the monk found the miraculous icon of the Virgin Mary off the coast, which was thrown out by waves, and thus reached Cyprus. In the monastery (after renovation in the seventeenth century) we can admire frescoes and a valuable collection of artworks and especially icons.
Connoisseurs should visit an old monastic winery, which produces some of the best quality Cypriot wines.

It’s hard not to admire the mosaic floor, that was discovered dates between the III-V century A.D. We owe their discovery to a farmer who came across this masterpiece during field work. Probably these mosaics decorated aristocrats’ villas in the time.
The scenes from Greek mythology, made with extraordinary professionalism, present inter alia: Dionysus – the god of wine, grapes, wild nature and fertility (the House of Dionysos) Theseus and the Minotaur (the House of Theseus). Other arch-beautiful mosaics are in the House of Orpheus and the House of the Four Seasons. All of the mosaics we can admire on the Aphrodite’s Cultural Route.

Ktima Paphos is not rich in the number of stunning historical treasures that can be seen in the seaside part of the city, but it is worth of visiting for the following places:

This palace is the seat of the Bishop of Paphos and is located near the Acropolis Squere, near the church of Agios Theodoros. This palace is a real treasure trove of historic religious items such as a valuable collection of unique manuscripts and icons.

Exhibition halls can be interesting for visitors because of rich collections of objects of Byzantine icons from the twelfth and eighteenth centuries.

The museum includes exhibits collected from Paphos region. Their origin dates back to the Neolithic, Bronze Age, Hellenistic, Roman and Byzantine period.

In this museum we can admire exhibits from private collections since the Stone Age to the present.