The divided island of Cyprus

The division of the island of Cyprus

The island of Cyprus is divided into southern (Greek) and northern (Turkish) parts. When it comes to the formal issue this whole island was admitted to the European Union in 2004, but in fact, the member of the community is only the Greek part, while the Turkish part – as a country not recognized internationally – does not have any rights to EU Community. 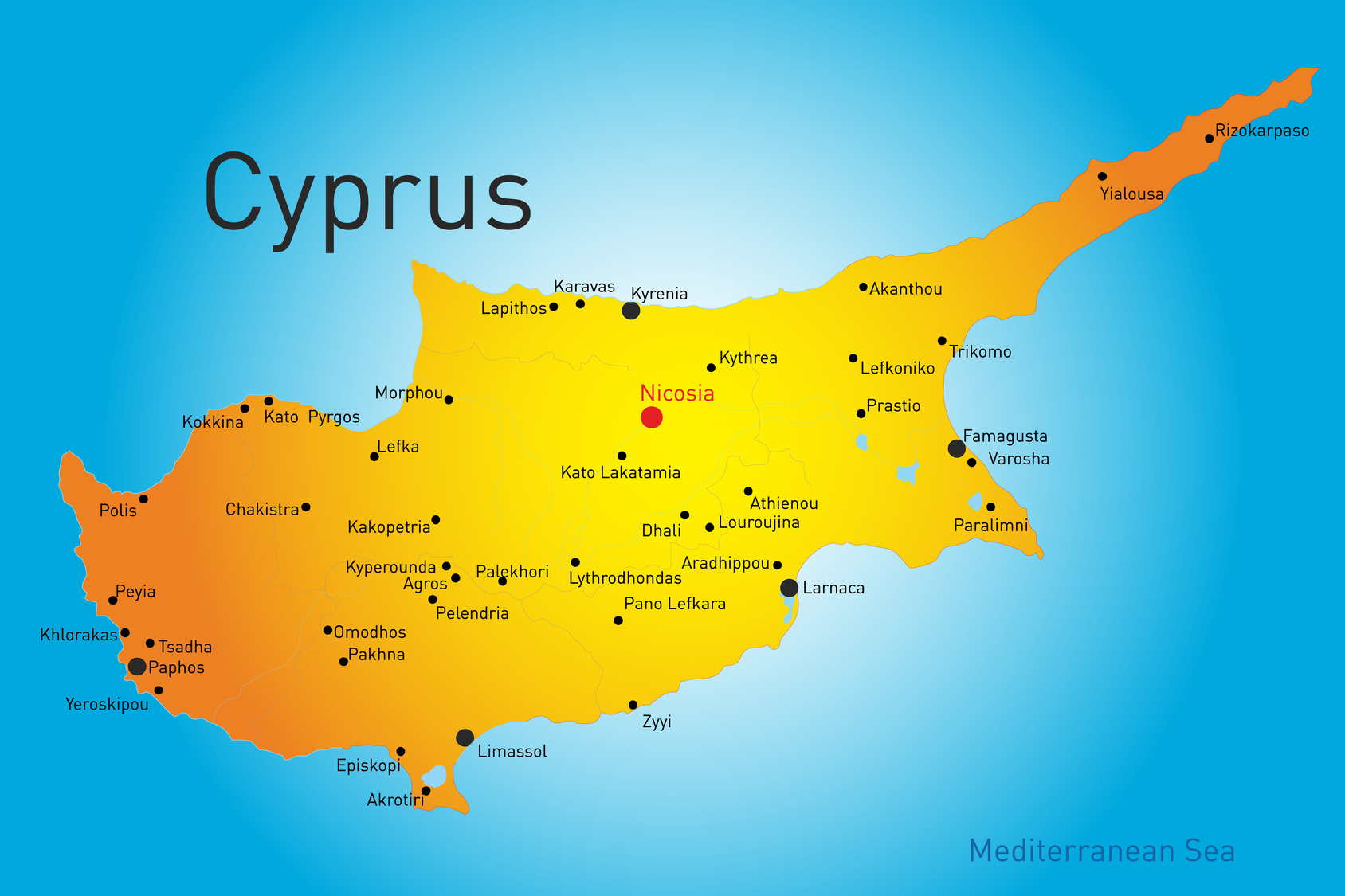 What led to riots on the island?

Cyprus – which previously existed as a British colony, became an independent country in 1960. The constitution was developed for the island inhabited by two communities: Greek (numbering approx. 80% of the population) and Turkish (approx. 20%). The combined Constitution Committee, in which the decisive vote had representatives of both nations established the content, which was characterized by limited provisions of previous Anglo-Greek-Turkish agreements relating to the island. Also, it showed no real expectations of the two communities: Greek aspirations for union with Greece and Turkish exhortations of the division of Cyprus. Acceptance by the Turks of the constitution’s contents, which gave them permission inadequate to their actual numbers on the island, stood in opposition to the sense of victimization by the Cypriot Greeks related to provisions contained therein.
The first years of the existence of an independent Cyprus showed a clear distrust between the Greek and Turkish communities which genuinely paralyzed the state. Greek tax system project has been consistently rejected by the Turkish Cypriots’ representatives because they insisted on the appointment of separate city councils in the five largest cities of the island and have not expressed approval for the creation of a Cypriot army consisting of representatives of both nationalities.
The existing situation had an impact on the conflict between Greek and Turkish politicians which concerned the possibility of revising the constitution (eg. to discuss thirteen Makarios’ points) and temporarily imposed demonstrations organized by the two national groups. The nationalist paramilitaries appeared in Cyprus, organized by both Greek and Turkish sides, having weapons imported from these countries.


The course of the riots

The resounding event that took place on the 7th of December, 1963 was the blowing up of one of the national heroes of Greek Cypriots – Markos Drakos’ monument by unidentified perpetrators. The accusations regarding this act were dropped on both the Greeks and the Turks and suggested to provoke them into open fighting.
This event led to a warrant disarming all Turkish police officers and soon afterward the two communities marched to fight among themselves. According to Turkish politicians, it was just a form of defense of the Turkish minority against the vast number of Greeks. The victims of the shooting were two Turks and one policeman who died.
The result of the fighting, which spread from Nicosia throughout the whole country and where they outnumbered the Greeks, was the destruction of approx.100 Turkish villages. Both nations got hurt because approx.300 people were killed during the fighting. The Turks, fearing for his safety even stopped going to work and began to create their own enclaves. It also concerned government officials and police officers. Both President Makarios III and vice-president Fazil Küçük (respectively Greek and Turk) appealed for peace, but it did not bring results.
The fact that the situation got out of control the authorities of the island noticed when the soldiers from Greek and Turkish garrison in Cyprus decided to support their countrymen. 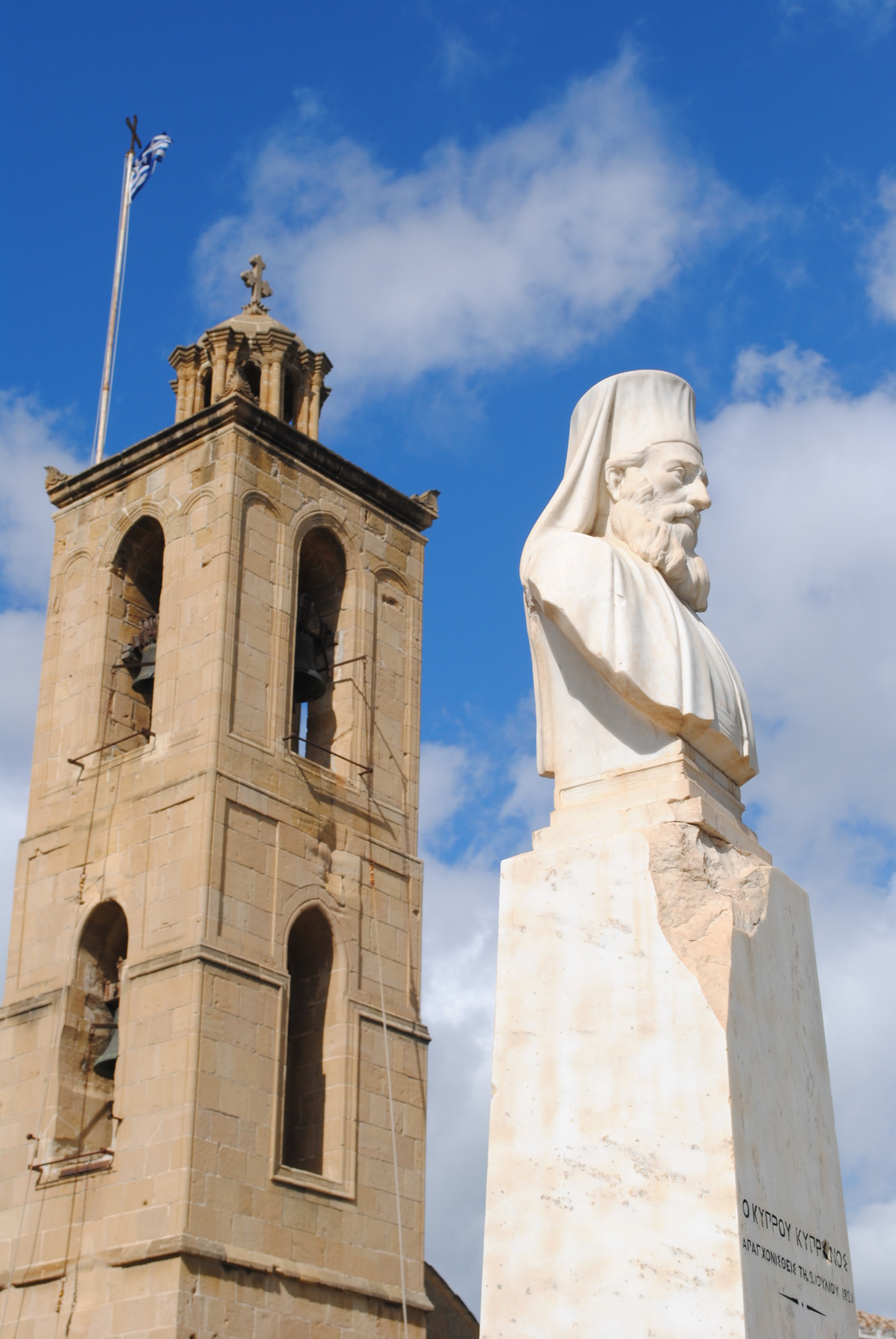 The consequences of riots
25th of December, 1963 under the pressure of British forces stationed on the island it was a ceasefire and exchange of prisoners on both sides of the conflict. Acts of aggression occurred also in the coming months, but no longer as frequently as before.

The reaction of Great Britain, Greece, and Turkey to the outbreak of riots was almost immediate. Greece shortly after the announcement by Turkey’s general mobilization has also acceded to action. The role of the UK consisted of being a mediator and not exacerbating the conflict. The conference on the Cyprus problem was held on the 15th of January, l964 in London, in which representatives of the three countries and the two communities living on the island debated mutual agreement. However, the expectations of the Turks and the Greeks were completely different and did not produce any meaningful results.
The UN Security Council in March 1964 sent to Cyprus peacekeeping corps of UNFICYP which was a temporary solution to the conflict.

The coup in Cyprus

15th of July, 1974 the coup by the EOKA B organization came into effect, and a group of Greek servicemen belonging to the National Guard of Cyprus. They objected to the politics in such a way that the president of the country – Archbishop Makarios III applied and insisted on an immediate union of Cyprus with Greece.
The bombers aimed for a radio station in Nicosia and surrounded the presidential palace and announced the establishment of the Government of National Salvation, of which the leader became Nikos Sampson. It was given a message from the palace about the death of Makarios III, but it was not true, because the president secretly fled from that place and then hid in one of the Orthodox monasteries and eventually found a retreat in Paphos. There, the president found a way to communicate with the Cypriots and cheered them to resist the terrorists on the radio. The next day, he gave a speech (in English) addressed to all countries in the world to obtain help when it comes to the preservation of sovereignty over Cyprus.

The consequences of the coup

The result of the coup in Cyprus was the occupation by Turkey of 36.2% of the sovereign territory of the Republic, which was a violation of fundamental norms of international law and the provisions of the UN Charter. Despite the UN regulation, which calls for the withdrawal of foreign troops from the island, the Turkish occupation of part of Cyprus has been going on for more than three decades.
The tragic consequence of the invasion and occupation of the island is the death of a thousand people, including more than 180 thousand Greek Cypriots living in the northern part of Cyprus. While more than one-third of the population then was sentenced to displacement. Another group is 20 thousand people seeking retreat in closed enclaves in the occupied territory who are victims of intimidation and deprived of fundamental human rights. They left their homes to search for safe asylum in Cyprus administered by the government. At the moment occupied territories are inhabited by more than 500 Greek Cypriots. In addition, the Turkish politics of ethnic segregation imposed by Turkey and its leaders orders Cypriot Turks to live in the occupied territories.

Regarding missing persons, it is estimated that there are about 1400 Cypriot Greeks (civilians and servicemen). The newcomers from Turkey, who inhabit the occupied territories in Cyprus have changed the demographics significantly and today the number of illegal immigrants (approx. 160 thous.) outnumbered the Turkish Cypriots (89.2 thous.) and nearly doubled. Such a turn of events does not remain unnoticed when it comes to social and political repercussions and Cypriot Turks express their disapproval of the arrival of settlers from Turkey.

The divided island of Cyprus is an inspiration for some directors and artists.
The film “Sharing an Island” from 2011 is a non-profit production depicting meeting 6 unfamiliar young people who live on the island of Cyprus: three of them are Greek Cypriots and the other three are Turkish Cypriots. Some of them will go for the first time on the Turkish side of the island. What are their feelings? How they will discuss the history of Cyprus? Will they manage to get rid of prejudices and be free from trauma associated with the past, which was marked by the previous generation? Will they discover the truth, which they had never heard about? Is it ahead still a long road to reconciliation? For these and other questions, viewers will find answers during diving in this excellent documentary directed by Danae Stylianou. The film has English subtitles.