Limassol – is the second largest city in Cyprus and because of the flourishing wine industry is believed to be the Cypriot capital of its production. This place is considered to be the largest port in the south of Cyprus and its exotic tourist attraction thanks to advantages of the seaside resort, which is famous for its splendid festivals and beautiful promenade. Despite its charm Limassol has not received titer of the most beautiful cities of Cyprus, but definitely worth a look and visit some interesting places such as the marina port or old town. In ancient times the town was a major center of the cult of Aphrodite and Apollo.
At the moment, Limassol tourist region is mainly characterized by 10 km long coastline, which are located a long and exceptionally clean beaches. Here we find numerous shopping centers and multiplying taverns and restaurants. Needless to say, the vibrant nightlife here tempts its climate and attracts not only tourists.
Connoisseurs of local wines and other traditional delicacies certainly’ll peer into wine cellars or tiny shops offering Cypriot fruit. 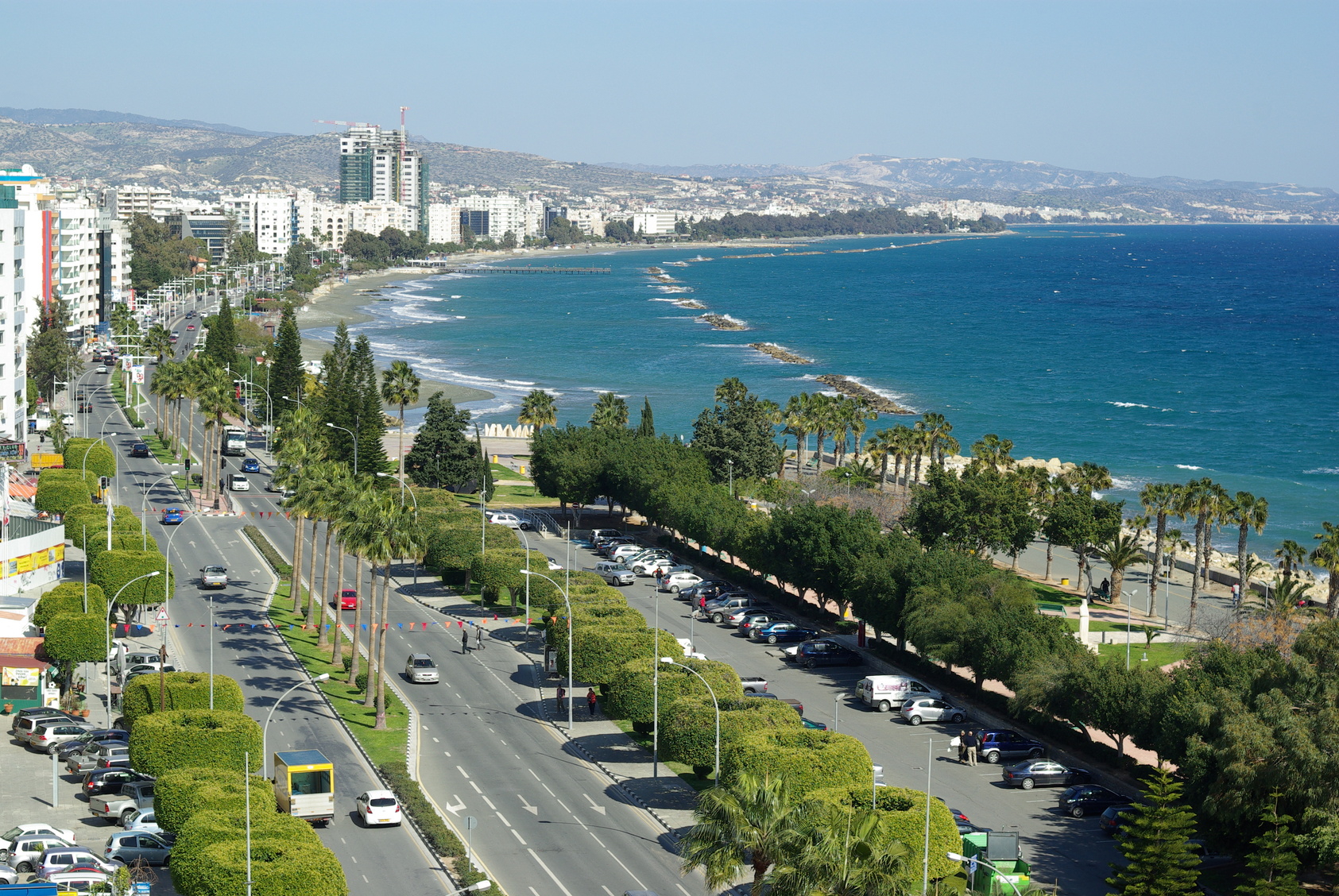 The most important monuments of Limassol are located mainly in the Old Town and include:

The building is located in a most charming garden on the north side of the old port. The place is significant, because it is here that Richard the Lionheart – the leader of the Third Crusade, in 1191 he married Princess Berengaria from Navarre and crowned himself as the king of England.
At present Lemesos Medieval Castle Museum is located in the castle.
In the museum we can admire the exhibits such as impressive Byzantine plates, coin collections and liturgical objects.

The museum is located near the city park and has a fantastic collection of finds from the city and surrounding areas.
It is worth also to visit old Turkish commercial district, where we will see the Old and the New Mosque. We will come by there craft workshops, various shops and the main Market.

The mills were built in 1900, when the carob was regarded as one of the main export items in Cyprus. It is probably an interesting fact for the uninitiated people that carob was used in the manufacture of various products such as photographic film, medical products, sweets and chocolate. The mills saved their original technical equipment to this day, and therefore they are available for visitors.

A park that stretches along the embankment on the coastal road shows 16 sculptures, whose authors are Cypriot and foreign artists. These sculptures were the result of the annual art symposium that took place in 1999-2001.

There are noteworthy works of ancient and contemporary Cypriot artists in the gallery, such as: Adamandios Diamandis, Tilemachos Kanthos or Christoforos Savvas.

In the area of Limassol also we come across the remains of two ancient cities – states: Amathous, which is located in the east and lying in the west – Kourion.
Before making these places lavailable for tourists – they went through an intensive restoration work.